The Lost Monuments of Paris 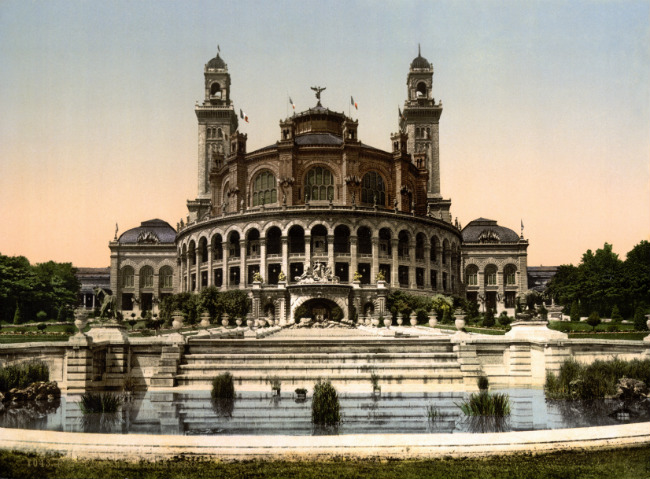 The Trocadéro Palace, 1900/ US Library of Congress, Public Domain

Paris is a city of contrasts: light and dark, old and new, past and present. Erased from the memories of most Parisians, however, are two buildings: the Palais du Trocadéro and the Palais Bardo. These ephemeral constructions of grandeur were richly imagined for the Expositions Universelle, World’s Fairs, that were held in Paris every eleven years beginning in 1855 and ending in 1937. The themes of these fairs were primarily political, reflecting the traditional culture and glory of contributing nations.

The Palais du Trocadéro was built for the Exposition Universelle of 1878 by the architect, Gabriel Davioud, a colleague of Georges-Eugène “Baron” Haussmann, the urban planner who was responsible for the spectacular renovation of Paris during the reign of Napoléon III in the mid-19th century. Davioud designed most of the Parisian street furniture we see today, including the benches, lamp-posts, signposts, fences, balustrades, kiosks, pavilions, bandstands, monuments and fountains, the most recognizable of which is the landmark fountain at Place Saint-Michel. 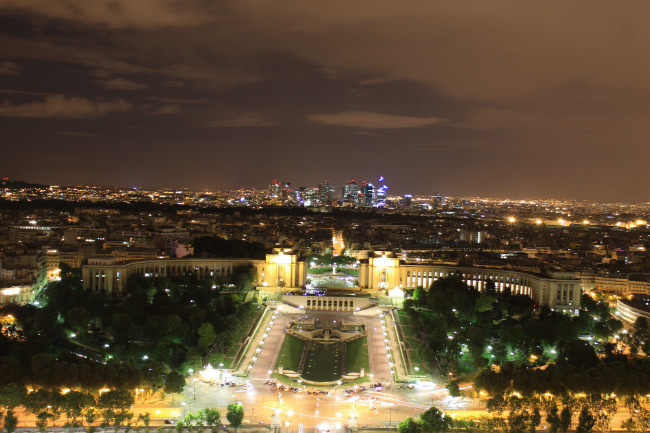 The Palais du Trocadéro was built on the hill of Chaillot, across the Seine from the Eiffel Tower in the 16th arrondissement. The Palais was named in honor of the 1823 Battle of Trocadéro in which the fortified Isla del Trocadero in Spain was captured by French forces under the leadership of the Duc d’Angoulême, the son of Charles X. Davioud conceived the elaborate palace as a pastiche of Byzantine and Moorish architecture where meetings of international organizations could be held during the fair. There was a large concert hall flanked by two 76-meter (249-foot) towers. The hall contained a large organ built by Aristide Cavaillé-Coll, the first large organ to be installed in a concert hall in France. It is still in use at the Auditorium Maurice Ravel in Lyon. The building proved unpopular, but the cost expended in its construction delayed its replacement for nearly 50 years, and it was finally demolished in 1937. 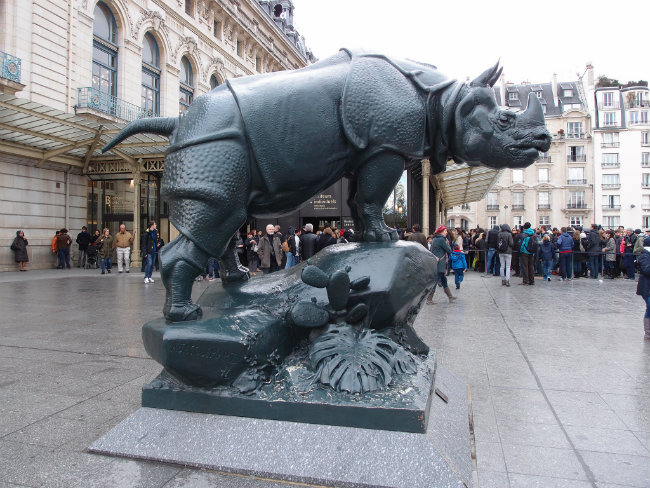 rhinoceros statue in front of the Musée d’Orsay, photo by Guilhem Vellut/ Flickr

The space between the palais and the Seine is set with gardens, designed by Jean-Charles Alphand, and an array of fountains. Within its gardens, two large animal statues stood – a rhinoceros and an elephant, which were removed and stored during the demolition of the old palace, and have been located next to the entrance of the Musée d’Orsay since 1986. 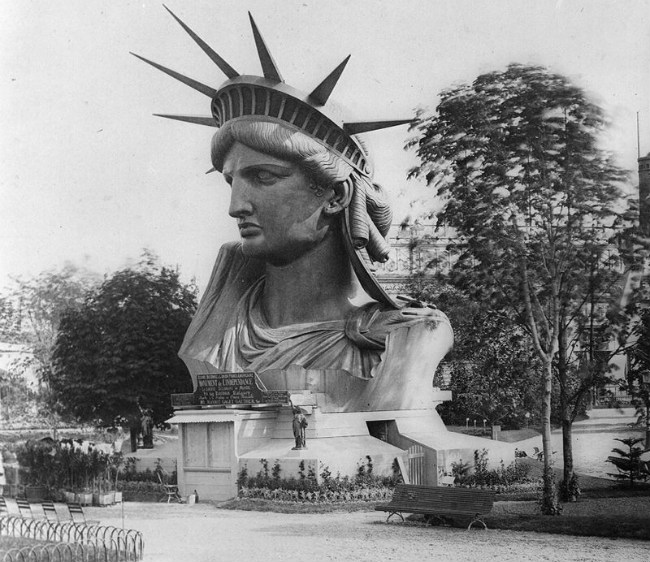 The Palais du Bardo, built for the Exposition Universelle of 1867 in the 14th arrondissement at Parc Montsouris, was designed by the French architect, Alfred Chapon.  The original Bardo Palace was the 13th-century royal residence of the Hafsid family, located in the suburbs of Tunis. It was one of the most important museums of the Mediterranean basin, tracing the history of Tunisia over several millennia. Chapon carefully recreated a reduced-scale replica of the Bardo Palace in Tunisia in pure Moorish style. Six statues of lions flanked the staircase of honor that led to a brilliantly green-tiled, colonnaded courtyard evoking A Thousand and One Nights. The Bey of Tunis rested here during his visits to the expo in a private bed chamber with an adjoining harem room. 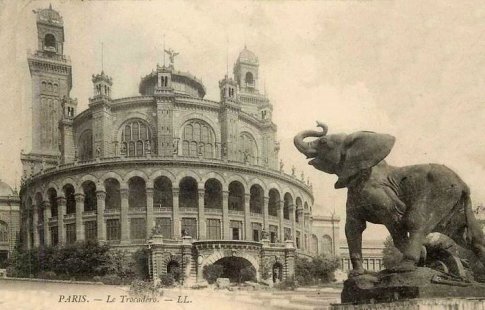 After the expo, the City of Paris bought the Palais which was redesigned by Gabriel Davioud. It accommodated housing for the staff of the astrological and meteorological Observatoire de Paris, installed on its premises in 1876. In 1974 the building was in such bad condition that its occupants were evacuated. A fire destroyed it completely in 1991.

Most buildings of the Expositions Universalle were meant to be temporary and only a few vestiges remain, though all are on view in drawings, paintings and maps at the Musée Carnavalet, a museum in the Marais district which is dedicated to the history of Paris. 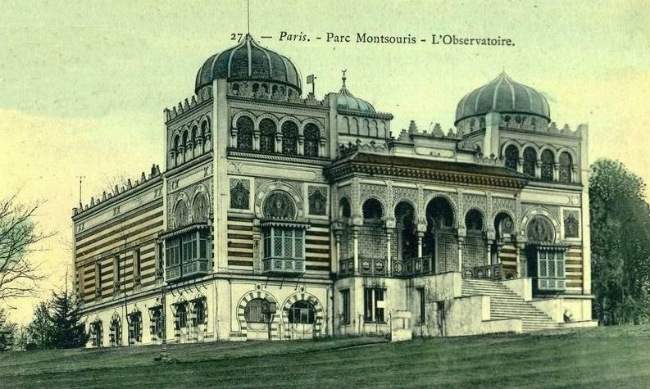