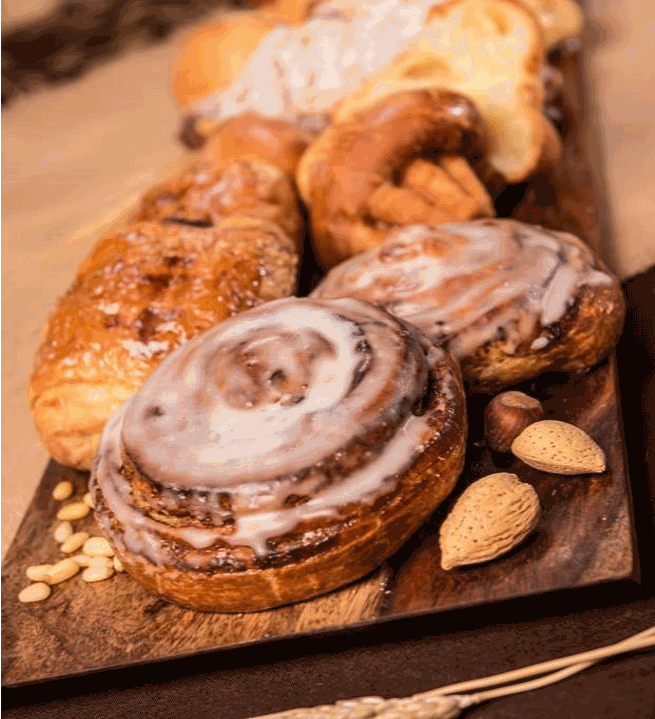 I was supposed to wake up in Paris this morning. But things don’t always go according to plan. Because of illness, I had to postpone the trip that I’ve looked forward to for months. Instead of being consumed with jet-lag and excitement, I am well-rested and depressed.

When my door to Paris, France closed, a window opened for me in Millwood, New York, home of Jean-Jacques Culinary Creations. Before Jean-Jacques arrived, Millwood, a dot on the map just north of New York City, had only a fire department and a post office to call its own. One went to Millwood to mail a letter.

Jean-Jacques changed all that. Born in Lyon and trained in Paris, he chose this tiny hamlet to open a café so Parisian, the only thing missing is a view of the Seine. Why Millwood, a sleepy drive-through town, for a quintessentially French café, we wondered? Hadn’t he done a demographics study? How could he hope to succeed in this sparsely populated area?

Jean-Jacques knew something we didn’t: If you bake an extraordinary pastry, the people will come. He was an overnight, word-of-mouth success. One bite of his amazing confections was enough to spread the word of his arrival and soon residents from all the surrounding towns, myself included, were looking for an excuse to go to Millwood.

His patisserie display case, like those on any boulevard in Paris, is a work of art. The precisely-placed mousse cakes bearing triangular flavor flags on picks—raspberry, lemon, cappuccino— are in demand for holiday dinners and office parties. At teatime, the line in front of the trays of individual pastries moves slowly because the choice is so difficult. When you can have only one, which shall it be: A snow-peaked Mont Blanc? A glistening Tarte Almondine? A chocolate-on-chocolate Opera? Or the most indulgent of all—a Dacquoise, its rich layers of mousse and meringue gift-wrapped in slivered almonds?

The café is a direct descendant of a Left Bank neighborhood haunt, from the hanging copper-domed lighting fixtures to the baker’s racks crammed with bottles of vinaigre de vin blanc and de vin rouge, floral-etched jars of moutarde a l’estragon, and black olives in herbes de Provence. There are pots of wildflowers in the window and mini-vases on the tables. On the wall near my favorite table is a watercolor of Café de Flore that always makes me ache to be on the Boulevard St-Germain.

But here I am this morning, on the wrong side of the Atlantic, facing a reality crisis. Where are the Paris rooftops I should be gazing at? The tip of the Eiffel Tower in the distance? The panoramic view of the Seine and its fabled bridges? I’m trying to be a good sport about it. I do, after all, have a spring trip to look forward to and Paris in May is hardly a consolation prize. But knowing that is not helping me today. I need solace now. How am I to get through this day?

A good start, I decide, is to get out of the house. I turn the key in the ignition and allow my Volvo to steer me to Millwood. As I open the door to Jean-Jacques’ café, the aromas of bread baking and coffee brewing lift my spirits. My favorite table is free and I claim it, then see with relief that the almond croissants have not yet sold out. I always deal with a crisis by having a special treat and a Jean-Jacques croissant is a delicious form of therapy for me. No matter what the ailment, this crunchy pillow of pastry exerts wondrous healing powers.

Definitely in crisis mode, I order a pastry and a café crème. Jean Jacques comes out of the kitchen and brings his cup of coffee to my table. We chat in very elementary French, constantly interrupted by his lilting “Bonjour!” to devotees of the cafe rushing in and out the door. The ambience and the pastry are working their magic. A wave of well-being washes over me as I sit in this bustling French Café in Millwood-on-the-Seine.

When the last crumb of pastry is eaten, and the remaining coffee in my cup is cold, and Jean-Jacques is back in his kitchen, I can no longer deny the truth—I’d rather be in Paris.