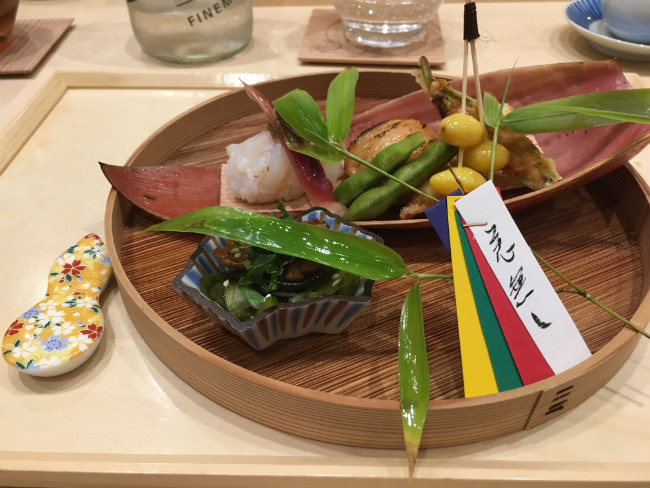 For the finest Japanese cuisine in Paris, run, don’t walk, to Komatsubaki. You’ll be instantly transported to Kyoto, though you’re just a few steps from the Champs-Elysées. We recently had the pleasure of dining at this newly-opened restaurant in the 8th, and simply put: this isn’t just one of the best meals we’ve had in Paris, it’s also one of the finest Japanese meals we’ve ever had anywhere.

For three decades, Japanese expats flocked to this location (3 rue d’Artois) whenever they were in need of an authentic taste of home. Not too far away on the Trocadéro, a small eatery garnered acclaim for its real sushi prepared by master chef Yoichi Kino. In January of this year, these two restaurants merged to become “Komatsubaki,” and chef Kino works alongside chef Ryuma Takubo. 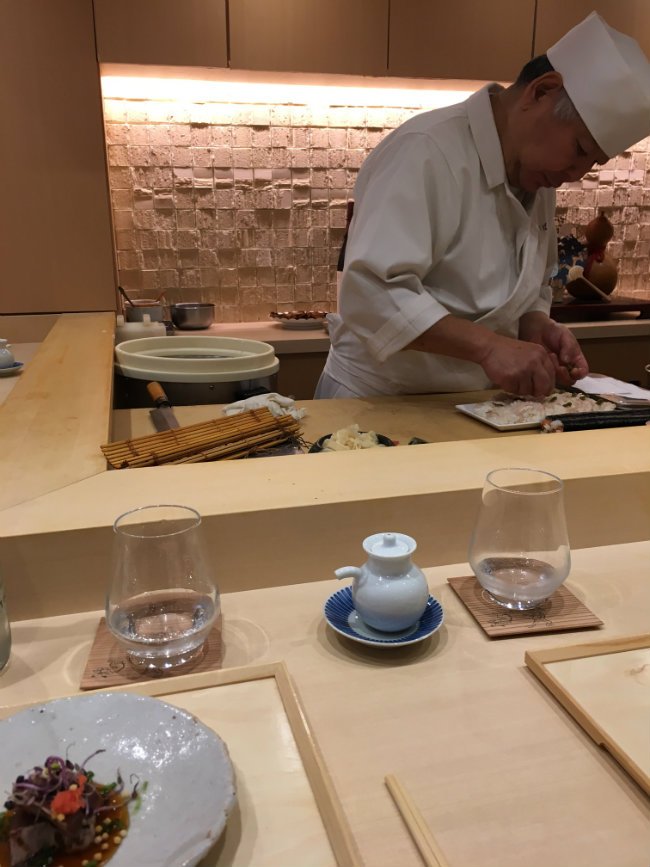 The design is pure Japanese elegance: a wood door engraved with Japanese calligraphy; a chef’s bar created from two impressive pieces of Hinoki wood (a Japanese cypress); and—the stunning centerpiece—the “Japanese room,” where diners, after removing their shoes, are seated on tatami mats surrounded by artwork by Takubo Kyôji, the famous artist father of Chef Takubo.

We highly recommend reserving a seat at the bar for the lunch “Menu Omakase”—where the chefs will serve up delight after delicious delight, each more mouthwatering than the last. Chef Kino selects the fresh fish directly from his fishermen suppliers, and he deftly slices and dices, adding the perfect sauces (like yuzu vinegar, konbu, wasabi, and home made soy sauce). No need to add anything else! Trust your chef, and your taste buds will thank you. Some of the beautifully crafted dishes we enjoyed: seared tuna, a jewel-like Japanese eggplant stuffed with scallops and seasoned with wasabi, and plate after plate of fresh sushi. 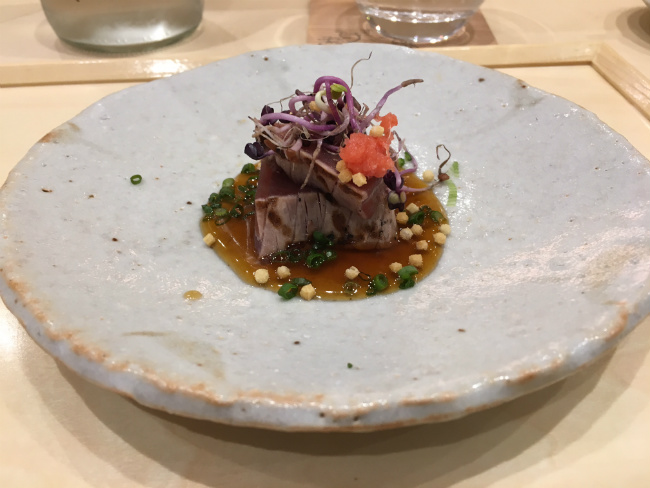 Chef Kino is an artist with fish, particularly smoked eel, as it’s been his family’s specialty in southern Japan for many generations. Chef Takubo’s work is complementary; he is a master of “Shôjin-Kaïseki”, the refined vegan cuisine advocated by Japanese monks. And he was awarded a Michelin star in 2014 at the Yuzu An restaurant in Fukuoka.

This gastronomic lunch is an absolute steal at 60 euros. There are other menus, for example a sushi lunch (28 euros) and three different magnificent dinner menus (120 menus). Tip: Komatsubaki also hosts a happy hour from 6 pm- 8 pm, Tuesday-Saturday. Tapas (6 euros) are accompanied by glasses of wine/sake (6 euros). It’s also possible to order take-out. 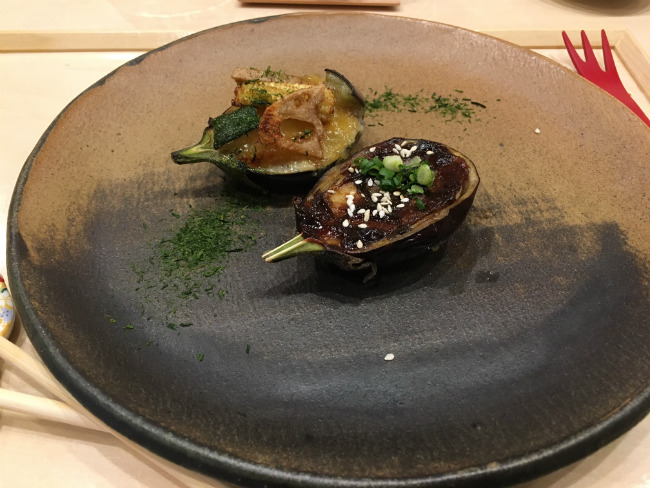 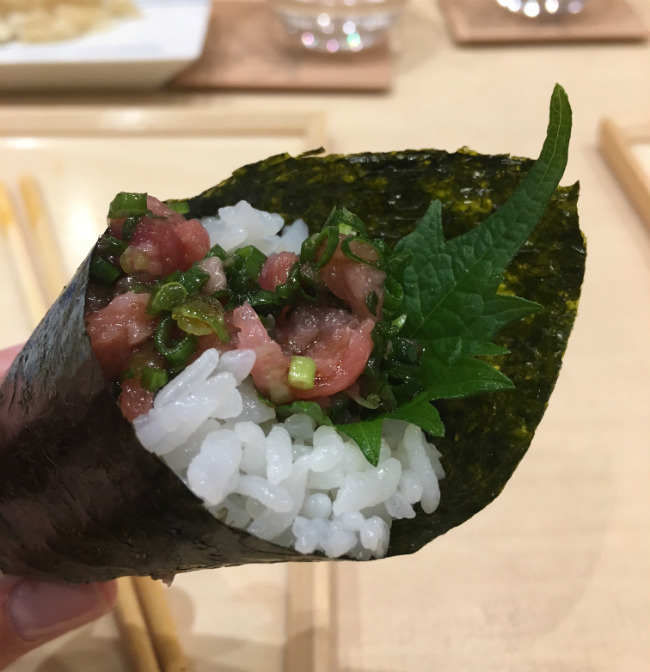