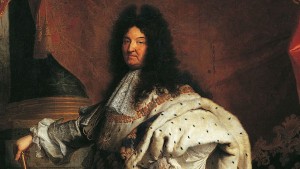 The King is Dead

The Palace of Versailles dedicates an exhibition to the commemoration of the death of Louis XIV 300 years ago.

The exhibition – the first on the subject – will look back on the details of the death, autopsy and funeral of Louis XIV, which strangely are little known, and to situate them in the funeral context of European sovereigns from the Renaissance period to the Enlightenment. It also discusses the survival – often paradoxical – of this ritual from the French Revolution to the contemporary era.