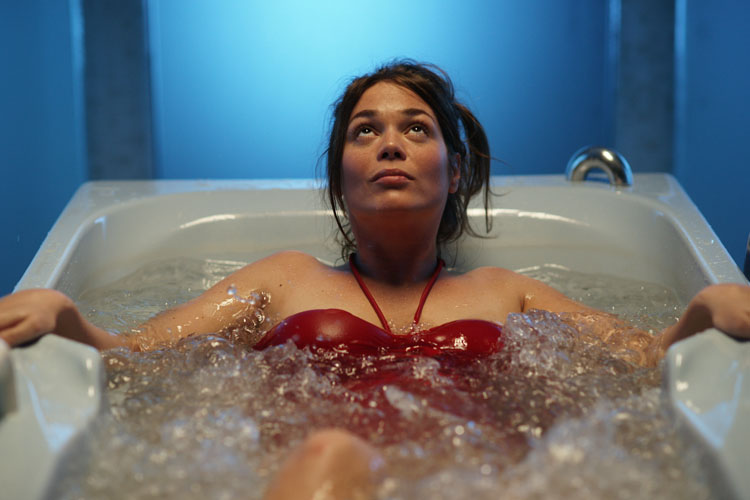 An American seeing Mince Alors, a new comedy about dieting, may be most interested in checking out the French take on losing weight. This can be answered quickly: with a typical sweet-and-sour mix of moderation and joie de vivre. Many fashionable books have described the “French paradox” of eating well and staying slim, but anyone living in France knows that obesity has been creeping in with the fast-food restaurants and vending machines.  (Although a character in the film reciting from a magazine states as one reason for French obesity: “Visiting the United States.”). But the disparate group who descend on a weight-loss clinic in the Savoie only go through the motions of burning off calories (after all, the region is one of France’s gastronomic capitals). They enjoy the scenery (the gorgeous countryside certainly qualifies as eye-candy), gossip, have affairs, sneak late-night snacks, and in general enjoy themselves.

Of more cinematic interest is how director Charlotte de Turckheim (who’s mostly an actress and comic) wants to eat her low-cal cake and still have it: to make an entertaining chick flick but also serve more serious fare. What gets the movie going is the predicament of Nina (Lola Dewaere), a woman who runs a swimsuit design business with her partner. Nina is a pretty, vivacious brunette, but the anorexic norms of the fashion milieu, ambiguous vibes from her partner, and unambiguous disapproval of her match-stick mother, all contribute to a bad case of inadequacy. 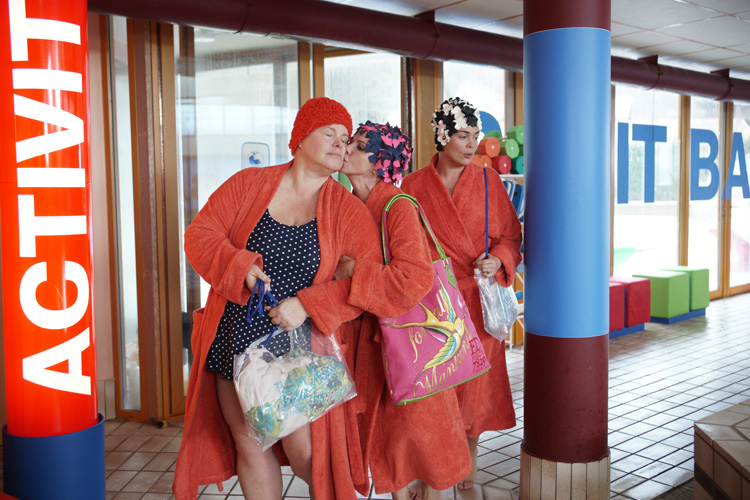 She heads for the spa nestled in the hills of Brides-les-Bain (a real village with several health spas, as well as being near the ski resort of Meribel) and encounters a motly bunch mostly interested in a vacation subsidized by the French health system. A young boy (Martin Daguin) is accompanied by his older sister for his umpteenth trip without losing an ounce. Sophie (Victoria Abril) a suspiciously thin woman of Spanish origin comes to enjoy the gigolos who frequent the resort. Emilie (Catherine Hosmalin), a stereotypical jolly fat woman, sublimates her frustration at not having made love with her spouse in five years.

Turckheim succeeds on the chick-flick front, filming in a buoyant style and keeping things moving, though her penchant for split screens and editing wipes comes off as corny rather than hip. She doesn’t stint on sentiment or humor, with no apparent fear (or shame) of seeming lowbrow. Most of all she gives her characters room to let rip with their idiosyncracies and to mesh as friends.

Lola Dewaere (the daughter of the late Patrick Dewaere, a major actor of the 60s and 70s), has supposedly struggled with weight in real life. That may account for her convincing emotional palette, ranging from feelings of inferiority to defiance to determination and ultimately self-acceptance. (A reviewer struggling with his own diet might be excused for the catty observation that Ms. Dewaere doesn’t seem to have really shed the seven kilos her nutritionist gives her credit for.) 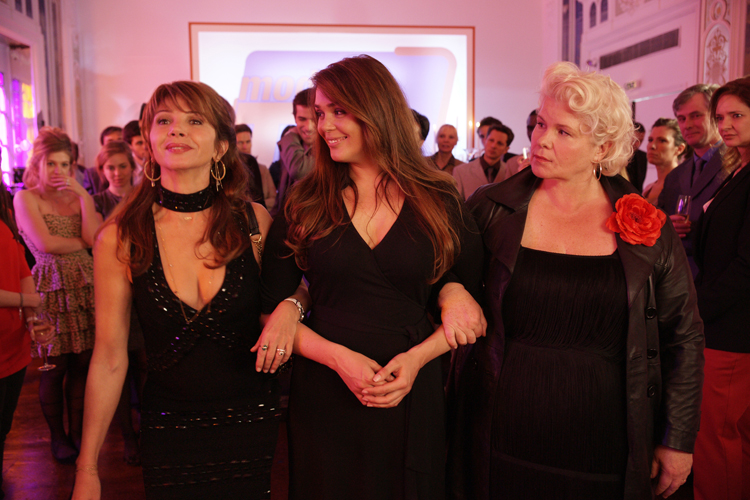 The rest of the cast is excellent: Martin Daguin as Thomas does a good job evolving from obnoxious to affecting; Abril is impressive as a woman getting on in years but still uninhibitedly getting it on with men; Hosmalin has a strong presence, whether jovial or feeling frustrated and taking it out on others. The other supporting actors, especially Pascal Legitimus as an instructor, Mehdi Debbou as the nutritionist who befriends Nina, and Raphael Lenglet as a Turkish gigolo, do their part to make the spa a busy comic microcosm. (Turckheim herself appears as a curmudgeonly hairdresser.)

When the action risks getting tiresome, Turckheim veers to a more serious story arc. It turns out that Nina’s partner has been cheating on her with her assistant. (Here the director adopts a Big Is Beautiful position: the baddies tend to be rail-thin.) Thomas’ relationship with his sister founders as he attaches himself to Emilie, who seems to be on the verge of a breakdown, while Sophie has reached the end of the promiscuous line. Never fear—none of these narrative threads will be left undone. They come together skilfully, and with le happy end that it would be uncharitable to hoot at. Still, Nina’s transformation into an assertive heroine who gets back at her cad of a partner seems a bit behind the times. 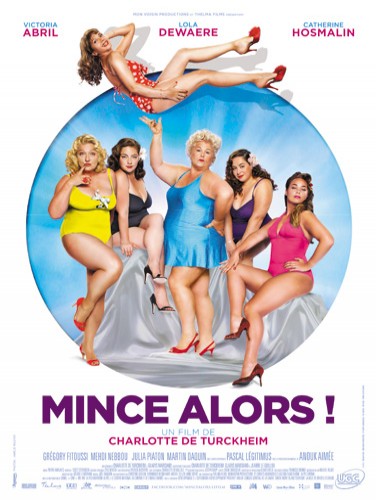 Charlotte de Turckheim (who previously made the comedy Les Aristos) is more representative of French television and the “boulevard” tradition of comic theatre than French cinema. But in the end she wins the bet she’s made with the medium: Mince Alors is chock-full of goodies serious and not-so-serious, but manages in French fashion not to be too heavy.

All images courtesy and copyright of UGC Distribution.

We update our daily selections, including the newest available with an Amazon.com pre-release discount of 30% or more. Find them by starting here at the back of the Travel section [2], then work backwards page by page in sections that interest you.