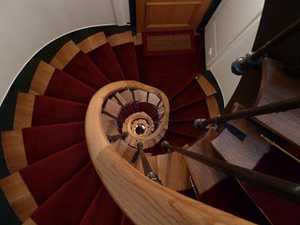 We had spiraled our way up six floors or so when Richard told me that his head was spinning and that he needed to take a break. We sat on a landing and talked boozily about the approaching morning rendezvous we had set with a pair of German girls we’d met earlier in the night while drinking by the canal. I took a pull from the bottle of wine that I did not remember acquiring and offered it to Richard, who waved it off.

“Which floor are we at?” Richard’s face, pale from drink, turned up toward the floor marker. His eyes squinted behind his glasses, trying to make sense of the number. “Six? Only six? Why’d they put us so high this time? I thought they liked us?”

Our room was at the top of the building, thirteen floors up, and in our condition the narrow, spiraling staircase possessed something of an insurmountable quality.

It was somewhere in the neighborhood of four in the morning, and the Peace and Love Hostel was finally quieting down. From where we sat we could hear a few people talking and laughing in one of the rooms, and the amorous squeak of bedsprings in another. Part bar and part hostel, the Peace and Love is not a place for those looking for a good night’s rest. It delivers something more akin to Tropic of Cancer.

Richard and I had been living at the Peace and Love for several weeks. I had arrived in Paris with no place to stay, and one way or another I ended up at the P&L’s bar hoping for accommodation. A popular spot, I was dismayed to find that it was booked solid through the next three months, but while sitting at the bar and pondering my options over a drink or two, I befriended the bartender (who doubled as the concierge), and she told me that there were almost always cancelations, and if I hung around I would probably get a bed. I did.

The next day I woke and packed my things and brought down them to be stored in the basement, then went out on the town and hoped for another cancelation. Once again, I was lucky. This became my daily routine—wake, haul my bags down the narrow, windowless stairwell, uncertainty, cancelation, back up the stairs.

Richard was in the same boat, and after a couple of weeks we had become somewhat of an institution. Beer was essentially free, they tried to keep us to the lower few floors, and they did their best to put us in rooms with pretty girls.

The Peace and Love has three types of rooms, all of which are co-ed unless you rent out all of the beds. The type I most commonly stayed in was a three bed set-up with a private bathroom.  I often ended up in the three-bunk room, which had a shower that opened into the room and no toilet. This was a little strange at first, as I almost always stayed with strangers, but as a crew of regulars developed we all became quite used to indecency and the lack of privacy. We were in Paris, after all. There was also a four bed, dual bunk room, but I only stayed in that once. 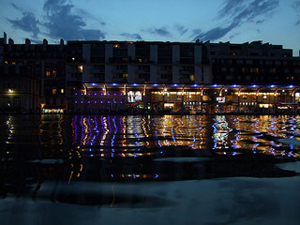 Situated where the canal intersects Rue Lafayette, the hostel is practically in the dead center of Paris. For me, the canal became my favorite place to hang out. Almost every night, Richard and I—along with whatever random camaraderie we ended up collecting—would sit by the canal and drink wine and pass around a guitar and sing songs and talk to bums. When we couldn’t take it anymore, we would drag ourselves up the cement steps and across to the street to the hostel, where we’d buzz to be let in, and the night door-watch (who was not supposed to be sleeping) would wake up and unlock the door. Sometimes we could convince them to pour us one last round of drinks, sometimes not. Then up, up, up the stairs.

Which brings us back to Richard and I, washed up on the sixth floor.

I was telling some innocuous and most likely incoherent story when I realized that Richard had fallen asleep, which was not an entirely uncommon occurrence. I gave him a nudge, and his eyes fluttered. “Think you’re going to make it?

“Leave me here.” He curled into a ball in the corner of the landing. “I’m done for.”

So I stood and renewed the climb. Up, up, up, seven more floors until I was starting to get dizzy, then down, down, down onto my bed without stopping to undress. Through the window I could hear the soft sounds of early morning Paris—motorbikes and sirens and pigeons—then, as if no time had passed at all, a voice woke me. “Hey, we’ve gotta get downstairs. They start cleaning the rooms from the top.”

I opened my eyes and saw that Richard had almost finished packing his bag. With a savage groan, I lifted myself from the bed. “I feel terrible.”

“How do you think I feel? I slept on the stairs again.”

“Nap in the park after breakfast?” 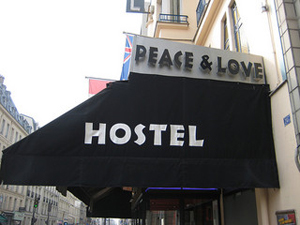 Descending the stairs in this situation—hung-over and luggage ridden—was almost more perilous than making the climb drunk. I cannot emphasize my abhorrence for that staircase enough. But it was worth it. At the Peace and Love, I always felt like I was a part of some strange hodgepodge of an international family.

Once we emerged panting and cursing out of the staircase, we nodded good-morning to the bartender—a lovely Moroccan woman named Niama—who poured us a pair of beers while we took our things to the basement. When we finally sat at the bar, she eyed me mischievously.

“Guess what Nick I already have a room for you.” I had come to the hostel first, so I had seniority over Richard. “Third floor.”

“No, just the shower. But you will not be sorry.” She pointed across the bar where two undeniably gorgeous girls were pouring over a map of the city. “They are your roommates. Americans. Cute, no?”

I looked at Richard and smiled. “I love it here.” 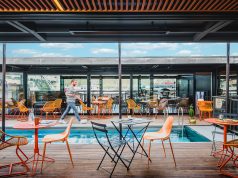 Paris Hotels on a (Stylish) Shoestring 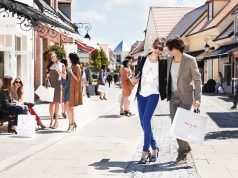 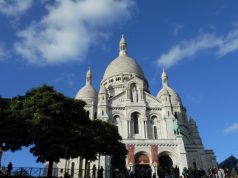 A Quiet Night in Paris: Spend the Night in a Convent in Montmartre