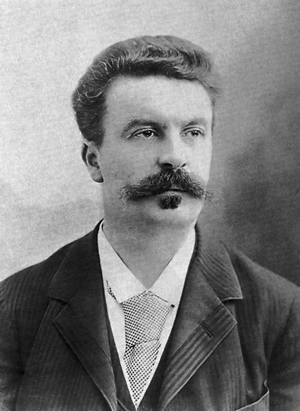 “No iron can strike the heart with as much force as a period in exactly the right place.”

Isaac Babel wrote that. The sentence appears in a short story called “Guy de Maupassant.” Which is appropriate, because that is exactly how de Maupassant wrote — sentences that advanced the narrative, paragraphs with punch, stories that stopped on a dime.

Guy de Maupassant (1850-1893) is the model writer for a lot of writers who don’t write at all like him. He’s my model — especially for Bel-Ami [1], the rise-and-rise story of a modestly talented, desperately handsome journalist who uses women to make his way to the top professionally and socially. It’s a sexy, cynical story, modern as tomorrow’s headlines. I read it every few years. I’ll never tire of it.

Funny thing; I know a lot about de Maupassant, but I never heard of “Alien Hearts” until Susanna Sonnenberg, author of She Matters [2], mentioned it. Seconds later, I was reading the first new translation in a century of this 177-page novel, written near the end of de Maupassant’s short life, just as syphilis was about to render him raving mad. [To buy the paperback of “Alien Hearts” from Amazon, click here [3]. For the Kindle edition, click here [4].]

If you read “Bel-Ami’ first, you’ll immediately understand that Michèle de Burne, the rich and beautiful woman who is the obsession of every man in “Alien Hearts,” is the counterpart to the manipulative journalist of the earlier novel. Unlike Bel-Ami, she’s not amoral, just stunted. Married young to “a monster” and mercifully widowed after five years “in bondage,” she’s one of the great hostesses of Paris. Artists, poets, novelists, musicians — they come to her salon and fall in love. Every man becomes her favorite. No man becomes her lover. 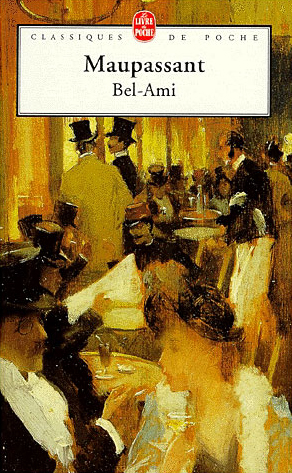 Andre Mariolle resists all salons. He’s bored in advance by “the life those people led, their ideas, their tasks, their futile pursuits, their childish diversions.” When he finally spends an evening at Madame de Burne’s salon, he understands the game immediately and resolves never to become one of her victims.

But you know how it goes: The harder they come, the harder they fall. “Like an invaded country, she took gradual possession of his life by a series of tiny encroachments, more numerous day by day.” At the same time, she falls in love with him — in her way. Their courtship is witty, complex, almost subliminal: a word here, a glance there. And then, the miracle. They become lovers.

If you like love stories, you’re reading fast, drunk on action. But this novel is about much more than its plot. “Alien hearts” are, for de Maupassant, hearts in the “modern” condition. Charm and feeling have been replaced by artifice and seduction. The lovers are “talking to each other about the same thing, caressing each other with words which failed to have the same meaning for their two souls.”

Because Andre Mariolle loves Michèle de Burne, he writes her a passionate declaration:

“Ah, what a dreadful, tormenting love it is which constantly seeks the charity of a warm phrase or of a fervent caress, and which never receives any such thing! My heart is as empty as the belly of the beggar who has run after you a long while, hand outstretched. You have tossed him lovely things, but not bread. It is bread, it is love I needed. I leave you wretched and poor, famished for your tenderness, a few crumbs of which would have saved.”

His conclusion: To save his life, he’s leaving Paris. 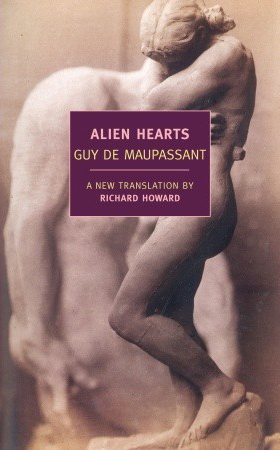 Because Michèle de Burne loves Andre Mariolle — or, at least, loves that he loves her — she summons him and tells him her truth:

“I am a dreadful coquette: I admit it — but no one’s ever died of it; I don’t even think anyone’s suffered from it . . . I don’t have what’s required to be madly adored . . . I’m quite incapable of really loving anyone.”

Well, he knew that. So he leaves Paris. But her power is great; his rural retreat cannot heal him. And then…

That’s the thing about de Maupassant. He takes you over like that snack you can’t stop eating. Did you care about a salon in Paris in 1880? Of course not. But you can become quite fascinated by a woman who’s massively hot and totally cold. You can understand a lover desperate to keep his emotional footing. You can read an epic struggle to disengage from a toxic relationship and say “I’ve been there.”

You can even hope for a happy ending.

Spoiler alert: de Maupassant does better than that. He gives you one that’s true.