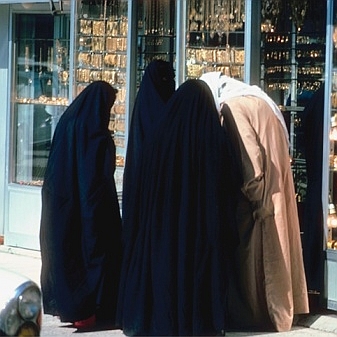 France is a racist country; France is not a racist country. Hardly new accusations, what with trouble in the Banlieue, the burqa debate, riots, and official conferences on what to do about Muslims. The French state bears a great deal of responsibility for the long-festering integration problem, and for creating much of it. But the Muslim community of France must also shoulder a big chunk of the blame and it is now up to them to initiate solutions even if they did not create the problems to begin with. Hint: riots are not the way to go.

It may be throwing gasoline on the fire, but France’s Muslims should consider the experience of their estranged cousins—France’s Jews. There are valuable lessons to be learned from the history of France’s Jewish community.

For over a thousand years Jews lived in France at the sufferance of the Catholic Church, the monarchy, and the French people, enduring physical, social, legal, and economic segregation, official derision of their faith, blame for all manner of the country’s ills, and routine violence and murder. But in the late eighteenth century, during the French Revolution, the Jews in France were granted civil rights: this was unprecedented for European Jews.

In service of those rights, and in no small measure of empire, Napoleon Bonaparte convened an Assembly of Jewish Notables in the early nineteenth century. The Assembly was charged with figuring out how Judaism as a religion, culture, and way of life could be made compatible with French citizenship…the implication being that it wasn’t.

Once the determination was made in favor of compatibility, the Jewish community and its leaders were forced to make difficult choices that would have a deep and far reaching impact on them and their descendents, but in the end the compromises that were achieved moved France’s Jews into mainstream French society. They became not Jews living in France, but Frenchmen who were Jews with all the rights of citizenship and the responsibilities of loyalty to the French state that that demands. And it included a hefty dose of assimilation.

There are similarities between France’s historical relationship with its Jews and its relationship with its Muslims.  Both groups are cultural and religious minorities in an essentially homogenous society. For decades now Muslims from France’s former colonies in North Africa have settled in France proper. But the French have never made them welcome.  Unemployment among Muslim immigrants has always been high, decent education is either not possible or merely an afterthought, access to mainstream French society is blocked, and being arrested for suspicion of this or that is common.

Muslims in France today are regarded with fear, suspicion, and, yes, hatred by many French. That was certainly true (and arguably still may be) of France’s Jews.

At the time of emancipation, debate about its merits raged within France’s Jewish community. Many Jews in France preferred to be left to their own devices in terms of religious governance, something they were permitted prior to being granted civil rights. Many were afraid that becoming integrated into French society would result in a withering away of their Jewish character and of Jewish practice. To some extent those fears were not without merit, especially in the early days of emancipation.

Exhilarated with a hitherto unknown freedom, some young Jews converted to Catholicism and married non-Jews. Some even joined the Catholic clergy. A son of one of France’s first chief rabbis converted, became a priest, presided over the conversion and ordination of his younger brother, and started a religious order for the purpose of converting his fellow Jews. But for all those early missteps and mistakes, and for the atrocious behavior of some French governments exemplified by the Dreyfus Affair and the tacit collaboration of some French with the Nazis, Jews in France today stand out because they don’t stand out any more than the rest of the French.

Of course Jewish immigrants to France, who came from the same places in North Africa as Muslim immigrants and who today live in some of the very same immigrant neighborhoods, had one critical advantage that Muslim immigrants do not: an existing Jewish infrastructure that wanted them to become French and helped them to become so; helped them assimilate, if you will, into mainstream French society. As a result, Jews of North African origin have long been a part of France’s social fabric—they are academics, doctors, lawyers, architects, shopkeepers, government ministers and officials, religious leaders, and taxi drivers. They have on three occasions been president of the Republic.

As was the case with the Jews, the greatest challenge for France’s Muslims is to decide whether they want to remain Muslims in France or become French citizens who practice (or don’t practice as the case may be) Islam. But France’s Muslims have challenges to overcome that France’s Jews never had. Will they choose to transplant their religion, culture, and way of life to La France Profonde without compromise and try to turn France into another Muslim state with all that that implies? Or will they relinquish the violence and threats and riots that we have come to expect and embrace the rights, responsibilities, and history of French citizenship and become part of a French future? The former has grave implications not only for France, but for other countries as well. The latter is a road fraught with emotional pitfalls and uncertainty for those who must travel it. Clearly there are advocates for both positions and we all anxiously await an outcome that is still in the future.

Toni L. Kamins has spent decades living, studying, visiting, and traveling in France.  A journalist and now also a communications consultant for non-profit and educational organizations including Maison de la France (the French Government Tourist Office), she writes authoritatively on a variety of topics including the history and politics of the French Jewish community. She is the author of the Complete Jewish Guide to France [1] and the Complete Jewish Guide to Britain and Ireland (St. Martin’s Press) and is currently at work on a new book about hidden Jewish children during the Shoah.

If you’re coming to France (or for that matter anywhere) you can reserve your hotel here [2]. To rent a car, Bonjour Paris recommends Auto Europe [3].