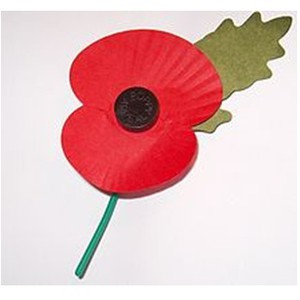 How can the world forget the tragedy of the Great War?

It is difficult to realize that the thousands of young people who went to France to defend the world against the German onslaught are gone now…but not forgotten.

November 11th is soon approaching, and those who remember stand in silence for a minute at 11 AM…the eleventh day of the 11th month. While sporting red poppies, the souvenir symbol of Flanders Fields, our minds go back to a time when young men and women lost their lives for a cause. Families today still tour the cemeteries where many of their ancestors lie buried.

I had occasion to visit the town and forest at a place called Tardenois in North Eastern France. This was a site where thousands of men died. All along the roads are cemeteries where fields of crosses mark the places where brave men gave up their lives for their countries. On opposite sides one can see markings of British soldiers on one side and German soldiers on the other. It is a moving sight and should be added to the places one visits in France.

Other places like Passchendaele, Neuve Chapelle, Verdun, Amiens and Vimy Ridge..these names bring back the memories of man’s inhumanity. The battle of Vimy Ridge was one of Canada’s most glorious victory sites but at what cost. There alone, 19,602 Canadians died or were injured. Vimy allows one to look out over the ridge and see the fields of France’s north. The Germans had ensconced themselves atop the ridge with cannons facing down. The Canadians had to crawl into the face of the guns, an inch at a time.

Today, the impressive Vimy memorial has been declared Canadian soil and a visitor can finally understand the impossible task the young men faced in April 1917.

My plea to you in to respect the minute of silence and proudly wear a poppy, sold on street corners by military veterans…LEST WE FORGET. 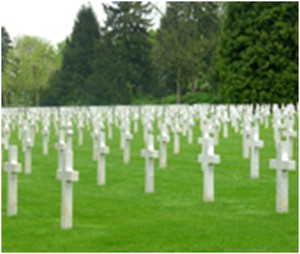 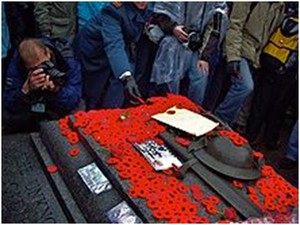 I want to recommend two books for you to read. There are rewards to share.

The first is Timothy Findley’s The Wars [1] (Penguin Books, 1978) about Robert Ross, a nineteen year old Canadian went to The War to End All Wars. He found himself in the nightmare world of trench warfare; of mud and smoke; of chlorine gas and rotting corpses. 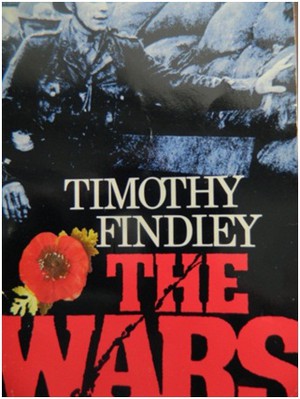 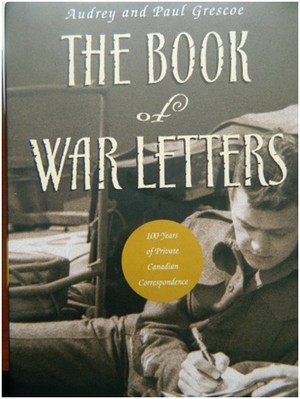 The other is a wonderful memorial work, crafted and edited by two experienced writers and residents of British Columbia; Audrey and Paul Grescoe.

The Book of War Letters [2] (McClelland & Stewart Ltd.) starts with the Boer War (1899-1902) and continues to Afghanistan (2002). Not only does this great work allow you to read letters from the boys fighting for a cause and their families, but it gives one a historical overview of these world events. These letters bring you inside the minds and hearts of those involved far away from home. The gathering and publishing of this work allows you to better live through the hopes, dreams and disappointments of Canadian heroes.