Passedat Takes Paris: A Look Inside the Brasserie Lutetia 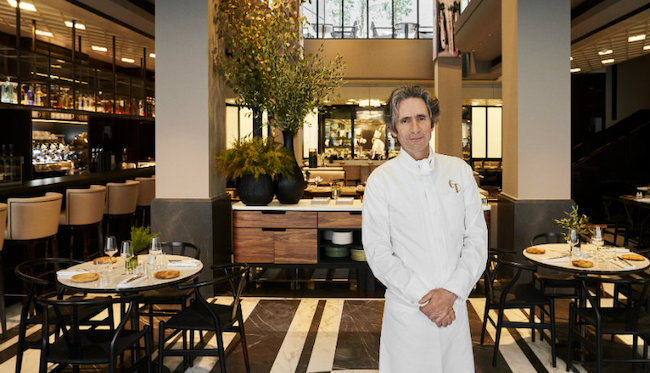 How many times in the last five years have you driven/walked/biked by the handsome seven-story Hôtel Lutetia that wraps itself around Boulevard Raspail and rue de Sèvres wondering when on earth it would reopen? To the joy of Set Hotel Group, they’re now open for business and the astonishing evolution is certainly worth your attention.

Gérald Passedat, the Michelin three-star chef at Le Petit Nice, Marseille has been called in to reboot the Brasserie menu. Revised and corrected, here’s an updated bustling 180 seater eatery (and cocktail bar) based on the original 1910, sky high, two-story space – with the addition of a green and serene bucolic garden terrace. 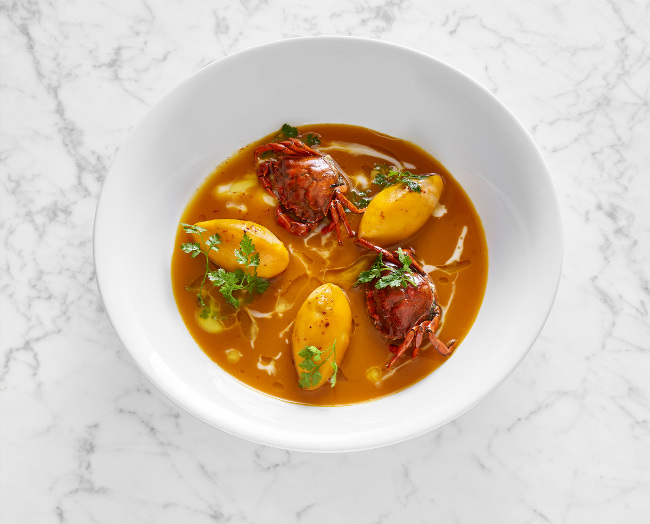 An art aficionado, Passédat is famous for his deconstructed 3-course Bouillabaisse tasting menu. “The sea is my potager (vegetable garden) in Marseille,” says the chef who, weather permitting, frequently dives for his ingredients. 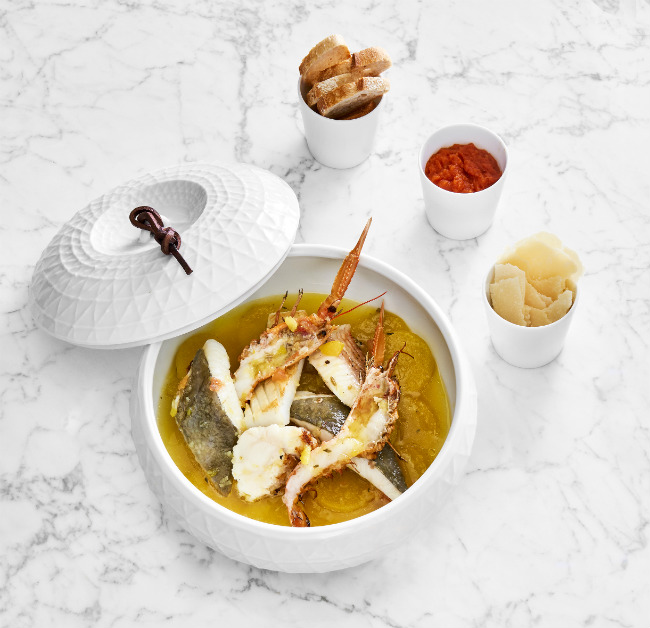 Go for dinner if you want to taste the signature 4 course “Menu Bouille Abaisse des Auffes” (€95). It’s pure theater as an entire sea-bream is flamed with pastis tableside (€45) and the soufflé arrives, for dessert, with appropriate respect (€17).

At lunch, the formula (€42) includes (according to the market) Catch of the Day / Saffron broth, Jaffa avocado, trencherman Fish Pie, Veal Cannelloni, classic desserts such as Saint Honoré or Île flottante. Or choose A La Carte – average €69 plus wine. 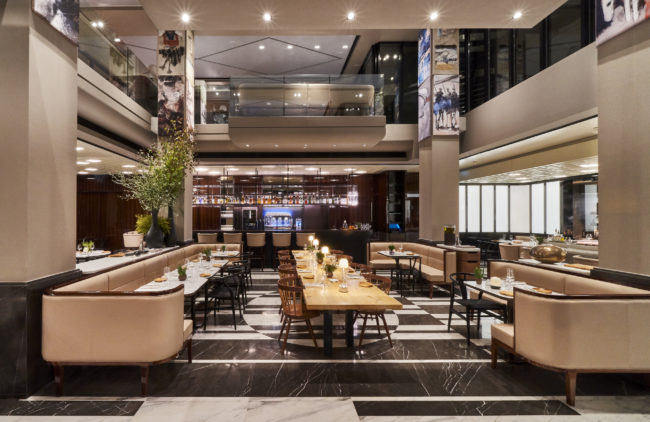 Closed for renovation since 2014, the iconic hotel has been restructured to fit into the 21st century. In addition to larger rooms, there’s a jazz bar, open-air courtyard and state-of-the-art 700-sqm spa and holistic center. The 17m pool replaces the original – now home to the Hermès boutique on rue de Sèvres.

Painstakingly restored to its former glory by architect Jean-Michel Wilmotte, just imagine, the team took two years to work on a delicate fresco discovered in the Bar Josephine. Wilmotte found it frustrating that over the years not enough care was taken to preserve the original beauty of the building. 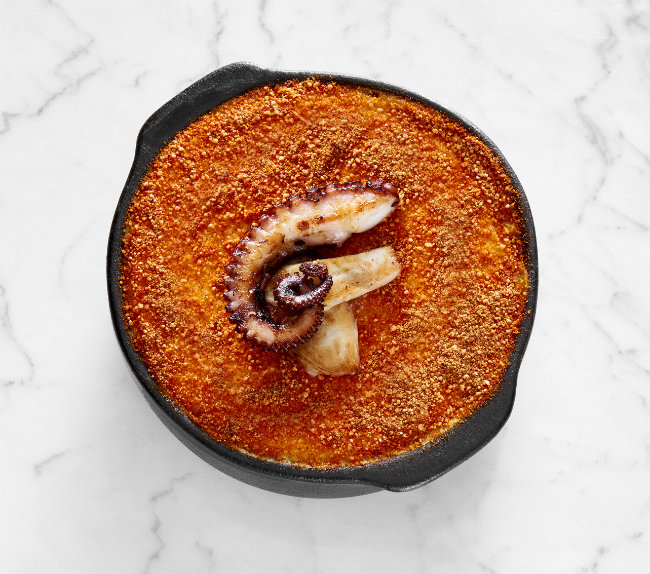 The concept of Aristide and Marguerite Boucicaut – creators of chic left-bank department store “Le Bon Marché” – the Lutetia was built to accommodate out of town clients when they came to Paris. Sadly, the Boucicauts passed away before its opening and the Lutetia project was completed by architect Louis-Hippolyte Boileau – who also built Le Bon Marché!

An immediate success until 1940 – it was occupied by the Germans during World War II. In 1944, the Lutetia became an important and emotional reunification point for families separated during the war. 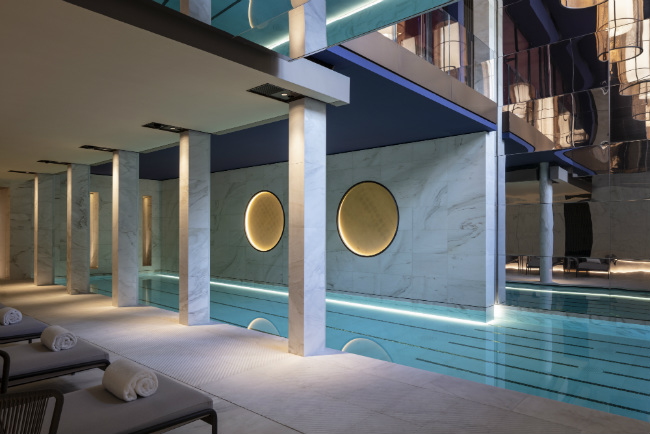 Subsequently the Art Nouveau (which segues into Art Déco) gem became a meeting place for left bank artists, politicians, designers and intellectuals such as Zola, Henri Matisse, Hemingway, Samuel Beckett, André Malraux, Josephine Baker, Picasso, James Joyce (who wrote part of Ulysées from his suite), Peggy Guggenheim, General de Gaulle (spent his wedding night here), Serge Gainsbourg, Pierre Bergé (who lived here for a while), Saint-Exupéry etc. Later on some artist/ clients were given carte blanche to decorate a suite – Arman, David Lynch, Sonia Rykiel – there are nods and winks to the celebs throughout the hotel.

Originally 231 rooms, there are now 166 and 18 suites including 7 exceptional suites with private entrances, terraces, masses of marble, Hermès products. The spectacular penthouse has panoramic views and in the epic Eiffel Writer’s Suite – the desk salutes the Iron Lady! 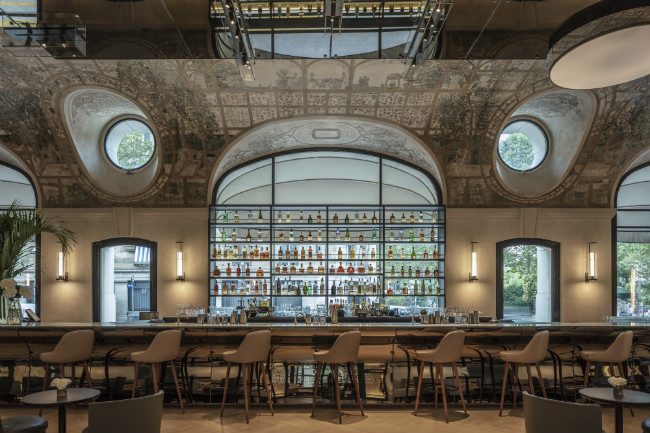 Stop by the elegant Le Saint-Germain (where breakfast/lunch/dinner and afternoon tea is served) look up and gasp at the transparent glass canopy by Fabrice Hyber. The Michelin Guide 2019 notes it’s the very essence of elegance – “Le Lutetia est bien de retour”.