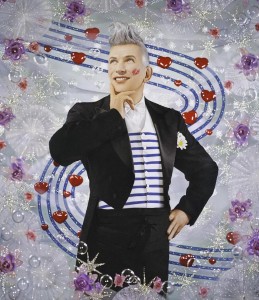 After a widely acclaimed international tour, the exhibition Jean Paul Gaultier, from Sidewalk to Catwalk dedicated to the groundbreaking French couturier finally arrives in Paris.

Jean Paul Gaultier’s playful, and exquisitely crafted work is brought to the foreground in this multimedia exhibition organized around seven themes including 140 haute couture and prêt-à-porter ensembles, accesories and sketches.

In its tenth stop here in Paris, after Montréal, Dallas, San Francisco, Madrid, Rotterdam, Stockholm, Brooklyn, London and Australia, the show is organised by the Montreal Museum of Fine Arts with the Réunion des musées nationaux – Grand Palais, together with Maison Jean Paul Gaultier, Paris.