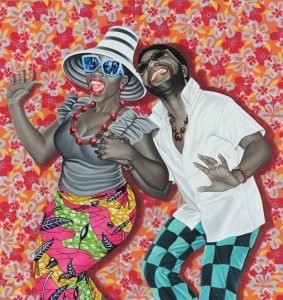 A place of extraordinary cultural vitality, the Democratic Republic of the Congo is the guest of honour in an exhibition presented by the Fondation Cartier.

Taking as its point of departure the birth of modern painting in the Congo in the 1920s, this ambitious exhibition will trace almost a century of the country’s artistic production.

Due to the success of the event it has been extended until January 10, 2016!