Blanchett is serving as this year’s Jury President for the films in competition. Of the 71 years the festival has been held, she is only the 11th woman to hold the role of Jury President.

The iconic film event kicked off with a screening of Everybody Knows (Todos Lo Saben), starring Javier Bardem and Penélope Cruz. The film is the latest from Iranian director Asghar Farhadi (A Separation, About Elly). The Spain-set film, however, failed to enthrall critics, but the glamorous pairing of Cruz and Bardem (who are a married in real life) ignited the red carpet and fans along the Croisette.

“It was such an adrenaline-experience watching it,” Cruz told festival press at Canal+.

The festival has experienced notable changes this year. Festival Director, Thierry Frémaux, declared a “selfie ban,” and that no selfies are to be taken on the red carpet at the 71st festival, in contrast to previous years’ allowances. He explained: “people fall down the stairs because they’re looking at their cell phones. Plus, you don’t come to Cannes to be seen, but to see.”

Accompanied in envelopes containing screening tickets includes this note: “No selfies and pictures on the red carpet. Thank you. Offenders will be denied entrance to the screenings.” 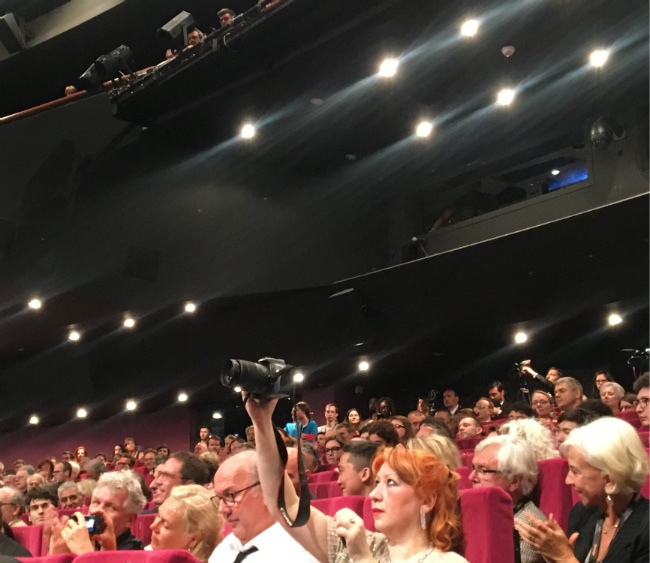 The crowd in the Debussy Theatre at Cannes. Photo: Anne McCarthy

Additional changes include: Netflix and #MeToo.

This is the first festival (in many years) without the presence of Harvey Weinstein, who took one of the most epic and severe falls from grace (if not grace, at least favor or fear-based awe) following countless accusations of sexual assault from women in the film industry.

In light of the #MeToo movement, the festival has set up a hotline for festival attendees to contact if they experience or witness sexual harassment of any kind. Frémaux told the press:

The hotline number and email address were issued by the festival with this note: “Because the time has come to speak out, and because there must be zero tolerance with sexual harassment or abuse of any kind.”

Last year, the festival’s biggest hullabaloo was the presence of Netflix at the festival. The festival, which prides itself on tradition and the artistic integrity of cinema, took umbrage with Netflix’s films being featured, in part, because of the impact Netflix has had on the movie-going public (and how theater numbers have dwindled as a result). Some at the festival viewed Netflix’s presence as an unwelcome party, and a threat to the art of film –comparable, perhaps, to buying a book on Amazon on your phone while browsing titles at a small indie bookstore.

Netflix will be at the film festival as a buyer though – with the opportunity to, like other studios, purchase films. The festival’s opening film, Everybody Knows, was purchased by Focus Features, which beat Netflix’s bid for the film.

However, despite changes, Cannes Film Festival remains untouched in prestige, numbers, and iconic status. With 40,000 festival attendees (from 160 countries), and 4,000 members of the press from around the globe, the festival maintains its stature as one of greatest film festivals in the world, if not the greatest. 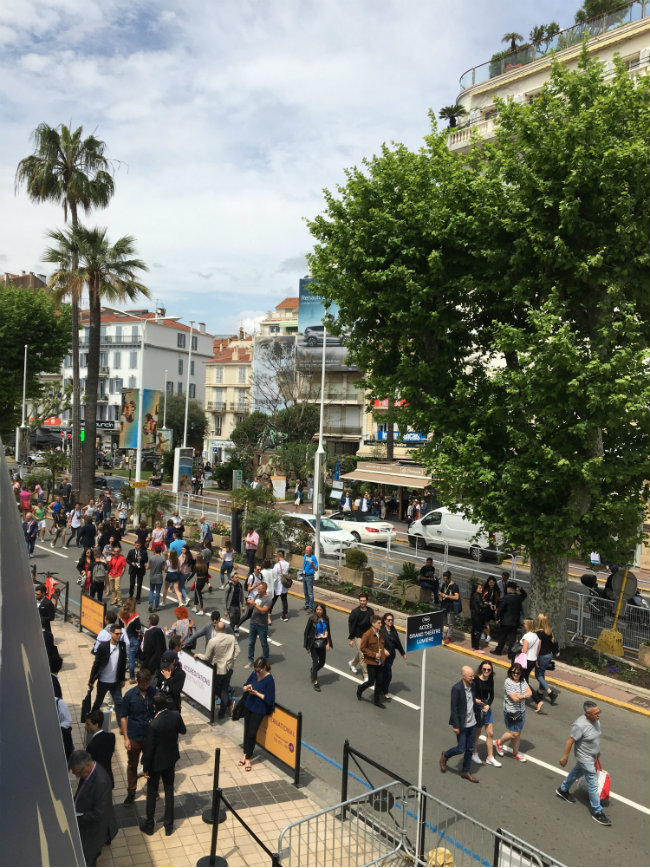