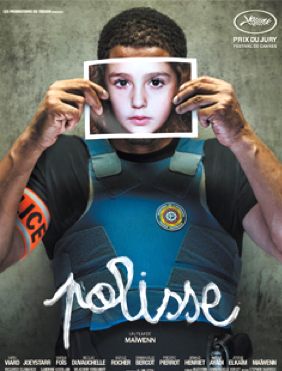 Polisse: City of Light—The Dark Side

Americans might wonder about a French movie that wants to recreate the urban grit of Michael Mann [1]’s thrillers or TV series like HBO’s The Wire [2]. The latest movie by Maïwenn [3] (the actress-director goes by one name) is not exactly the City of Light portrayed in Woody Allen [4]’s Midnight in Paris [5]. Polisse gives a harrowing portrait of undercover officers working in a protection child protection unit. It’s in the great tradition of film noir by Jean-Pierre Melville [6], Henri-Georges Clouzot [7] (Quai des Orfèvres) and Maurice Pialat [8]‘s Police [9] (Maiwenn’s title of Polisse seems to be a jazzy homage). And though Polisse is mainstream emotional realism, there are moments of tough-minded quirkiness that bring to mind Jean-Luc Godard [10]‘s classic films Le Petit Soldat [11] and Détective [12].

Maïwenn’s ambition is to create a modern-day microcosm through the diverse members of the unit. Polisse’s collection of cops seems evenly divided between men and women—it’s not clear how realistic this is (the movie was inspired by a documentary and the director’s firsthand research), but it gives the relationships a crackling energy. We also have a cross section of racial and ethnic groups. All the characters seem to be Parisian and working-class, but their superior (Wladimir Yordanoff [13]) is a supercilious bureaucrat who embodies the worst aspects of the French elite. 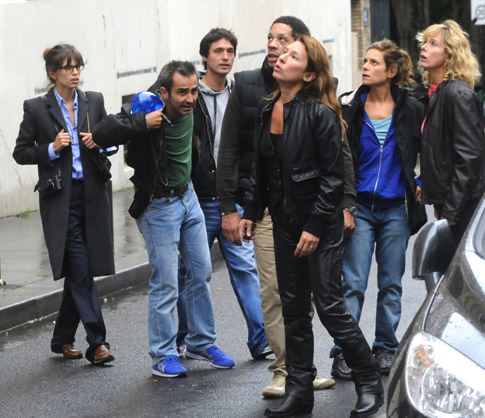 The movie depicts several different criminal cases, all of them sordid. A father who “loves his daughter too much,” a grandfather who abuses his grandchild in an offhand way, a mother who uses oral sex to calm her toddler, and an Arab immigrant who arranges the marriage of his underage daughter. The larger-scale subplots involve raids on gypsy camps suspected of being prostitution centers and an intricate stakeout of criminal gangs meeting in a mall for a commercial transaction: the sale of a young boy. The film doesn’t revolve around a single action, so it sacrifices dramatic arc for a documentary structure. More importantly, the director successfully shows the grinding cumulative effect on the police of having to deal with one horrid case after another. 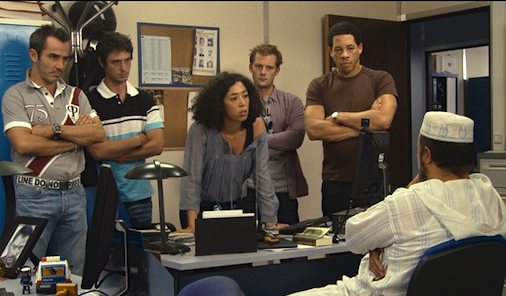 Where Polisse differs from an American crime film is in its concern with the private lives of its police officers. Director Maïwenn moves from one character or pair of partners to another, creating a tapestry of emotional turmoil. All of them seem to be damaged goods, either because of the years spent on the force or perhaps their upbringing. When Fred (Joey Starr [14]) gets involved in the case of a homeless African mother and her son, rebelling against the business-as-usual attitude of his boss, we feel that something has clicked in his emotional memory. (It apparently also has echoes from the actor’s own past.) This is intensified, ironically and tragically, when his own family falls apart.

The director’s Altman-esque [15] approach ultimately backfires, though. Instead of being stimulating, the narrative interweaving makes for a diffused feeling. The marital difficulties of Fred’s partner, the serious wounding of a young cop and the conflicted identity of a policewoman of North African descent are all interesting but they get lost in the filmic shuffle.

What saves the movie is that it gradually focuses on two characters: Fred and Nadine (Karine Viard [16]), another squad member. Fred not only throws himself against the establishment and sees his marriage collapse, but also falls in love with a young photojournalist (played by the director) embedded with the unit. Fred’s evolution from contempt for the photographer to attraction and then love is predictable, but affecting nonetheless. This is mainly due to the craggy presence and depth of actor Joey Starr [14], a rap star who is France’s answer to Ice Cube [17]. Joey Starr has both the battered handsomeness of a veteran middleweight and the embittered vulnerability of an ex-con (he’s had problems with the law in real life, as well). 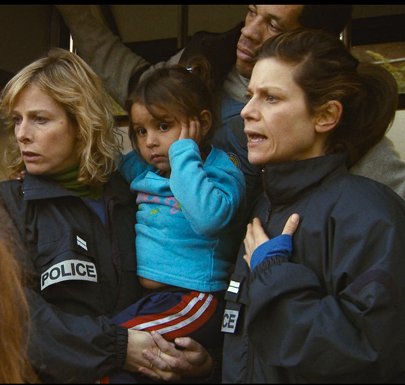 Karine Viard, one of France’s best actresses, gives a powerful performance as Nadine, whose life is poisoned by the negative energy of her partner, Iris. Viard always brings a dose of irony and humor to her most desperate characters. At her best she’s as moving as the young Joanne Woodward [18], but with the earthy toughness of Shelley Winters [19]. She can be a show-off sometimes, but seeing her on screen we get the feeling we’re watching a classic. Marina Foïs [20] is excellent as Iris, who’s first portrayed as a villain (or at least a jerk) but who becomes the most tragic figure in the film.

Maïwenn is a skillful director, but sometimes we get the impression she’s watched too many Kathryn Bigelow [21] films. The documentary feel is fine, as are the suspenseful action sequences. But the sheer noisiness of the film—the shouting, ranting, and bantering that fills too much screen time—is grating. Worse is the way the director insists on taking the grimness to absurd lengths at the end of the film. It’s a substitute for a real dramatic resolution; and feels like a gratuitous indulgence in horribilisme. This detracts from, but doesn’t ruin, the film’s not inconsiderable achievement. Polisse is about as uplifting as a used condom, but this voyage to the end of the Parisian night will reward hardier cinéphiles.

Dimitri Keramitas [24] is a Paris-based film reviewer who covers the latest French film releases for BonjourParis every other week. Click on his name to read his past reviews published here.

Do you have news to share with our readers? Please send us your stories & ideas [25].

NEW: Subscribe for free [26] to our weekly newsletters with subscriber-only stories.

Click on image for more info about these favorite movie releases.